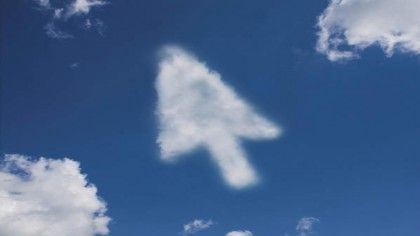 Create your own private cloud server

The privacy-invasive nature of popular communication and file sharing services drives many users to self-hosted alternatives. But what if you can’t get through the tedious process of installing and configuring these open-source (opens in a new tab) alternative ?

In this regard, FreedomBox shares many similarities with the Nextcloud Server (opens in a new tab), as they both help wean you off popular, but remotely hosted, data hoarding services by helping you host them on your own hardware. However, Nextcloud and FreedomBox handle this task differently.

FreedomBox is proud to be baked on Debian Linux distro (opens in a new tab), and only uses free and open source servers that you can find in the main Debian repository. Nextcloud, on the other hand, is basically a file hosting and sharing service that takes on more functions with its broad application infrastructure.

If you don’t have one of the supported devices, you can also deploy FreedomBox on a regular computer. However, the simplest deployment target is the virtual machine (VM) (opens in a new tab)and the project also hosts a virtual disk image (VDI) (opens in a new tab) which can be attached to a VirtualBox virtual machine. If you go this route, you will first need to create a VM and then point it to the downloaded FreedomBox VDI.

Also remember that if you are using the virtual disk image, be sure to resize it before starting the virtual machine. By default, the VDI does not have enough free space to populate your FreedomBox installation.

To do this, first attach the VDI to the VM, then head to File > Virtual Media Manager. Scroll down the list of attached virtual disks, select the Freedombox image, then click the Properties button. Now use the slider under the size attribute to increase the disk size by several GB for comfortable use. Save the settings and start the virtual machine.

Once the virtual machine is in place, it will display the different ways to access the web interface. Thanks to mDNS, you can just point to “https://freedombox.local” instead of going after IP addresses (opens in a new tab).

FreedomBox does not have a default user and you will need to create one using its setup wizard which appears automatically after accepting the server’s self-signed certificate. You can then use the same credentials to log into the virtual machine as well.

The first time you access the administration interface, FreedomBox will guide you through a brief setup wizard, to understand your network setup. You will need to tell FreedomBox how it is connected to the internet by selecting one of the listed options.

In most stages, the FreedomBox server connects to the Internet through a routerand for such a setup, you will also need to set up a Demilitarized Zone (DMZ) in your router, which allows organizations to access untrusted networks, such as the Internet, while ensuring the security of their private network.

Once the installation wizard is completed, you will be redirected to the administration interface. You can now easily activate the services you want to deploy using the intuitive interface. Before starting, it is recommended to start with configure the backup module (opens in a new tab) to take regular snapshots of the data hosted on your FreedomBox server.

You can now use the storage space available on your FreedomBox server to store all kinds of data that will be available to all network users, much like a Network Attached Storage (NAS) (opens in a new tab) device. You can expand the storage by connecting an external drive and even configure it as a RAID device. The FreedomBox server will appear as a network device in your file manager and you can transfer files to and from the server just like any other network drive.

You can now install applications such as MiniDLNA Media Server to stream media hosted on your FreedomBox server to devices on your network. For better organization, it is preferable to use the Share app for configure a shared folder (opens in a new tab)from which MiniDLNA can stream content.

Then you can install additional applications to transform your FreedomBox server. organizations can use it to host their Bloga wiki powered by MediaWiki, an instant messaging chat server powered by ejabberd, a voice chat server powered by Mumble and much more (opens in a new tab). In fact, FreedomBox also makes it quite easy to double as an OpenVPN-powered server. VPN server (opens in a new tab).

One important thing to note is that to connect to most services from outside your local network, your FreedomBox server must have a domain name (opens in a new tab).

The most popular option to enable it is to use a dynamic DNS service. Another option is to use a service like PageKite (opens in a new tab), which is integrated with FreedomBox. PageKite finds its way to your FreedomBox using a combination of tunnels and reverse proxies.

A better option to access your server from the Internet is to install and activate Tor. Once you install the service using FreedomBox’s web interface, it spits out an .onion URL that identifies your server on the Tor network. Anyone on the internet can now access your server by pasting this .onion address into their Tor browser.

One of the greatest strengths of FreedomBox is that it scales very well and can handle the load from a small home network to that of a large organization, thanks to its stable Debian base.

FreedomBox has an intuitive interface, backed by extensive documentation and a helpful user community, making it one of the best open source private cloud servers.

Check out our article on the best cloud storage (opens in a new tab).