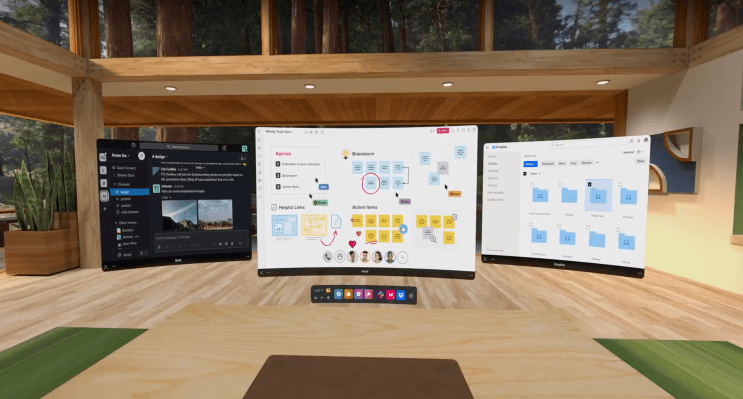 Facebook wants to make its Quest 2 headset a productivity device for a new generation of remote workers, but to do so, it needs apps.

Today, Facebook announced that they are bringing 2D apps to the Oculus Store for the first time. The new apps, which are based on the industry standard Progressive Web App (PWA), will allow users to check out which apps they would previously need to remove their headphones and view on their phones.

A handful of 2D apps are available in the Oculus Store starting today, including Facebook, Instagram, Smartsheet, and Spike. Other running apps include Dropbox, Monday.com, MURAL, My5 (UK), Pluto TV and Slack, according to the company.

While the Oculus Store has seen native support for VR by a handful of app makers, maintaining a dedicated VR app is complicated on several fronts and has led to apps from companies like Netflix and Hulu to see very rare updates. Relying on PWAs will significantly lighten developer development and hopefully lead to wider adoption than Oculus has typically seen among app makers.

The inclusion of 2D applications is part of a larger effort to bring Quest to the workplace. In August, the company announced an app called Horizon Workrooms, which allowed employees to integrate their desktops with virtual reality and communicate in a shared virtual reality social space.