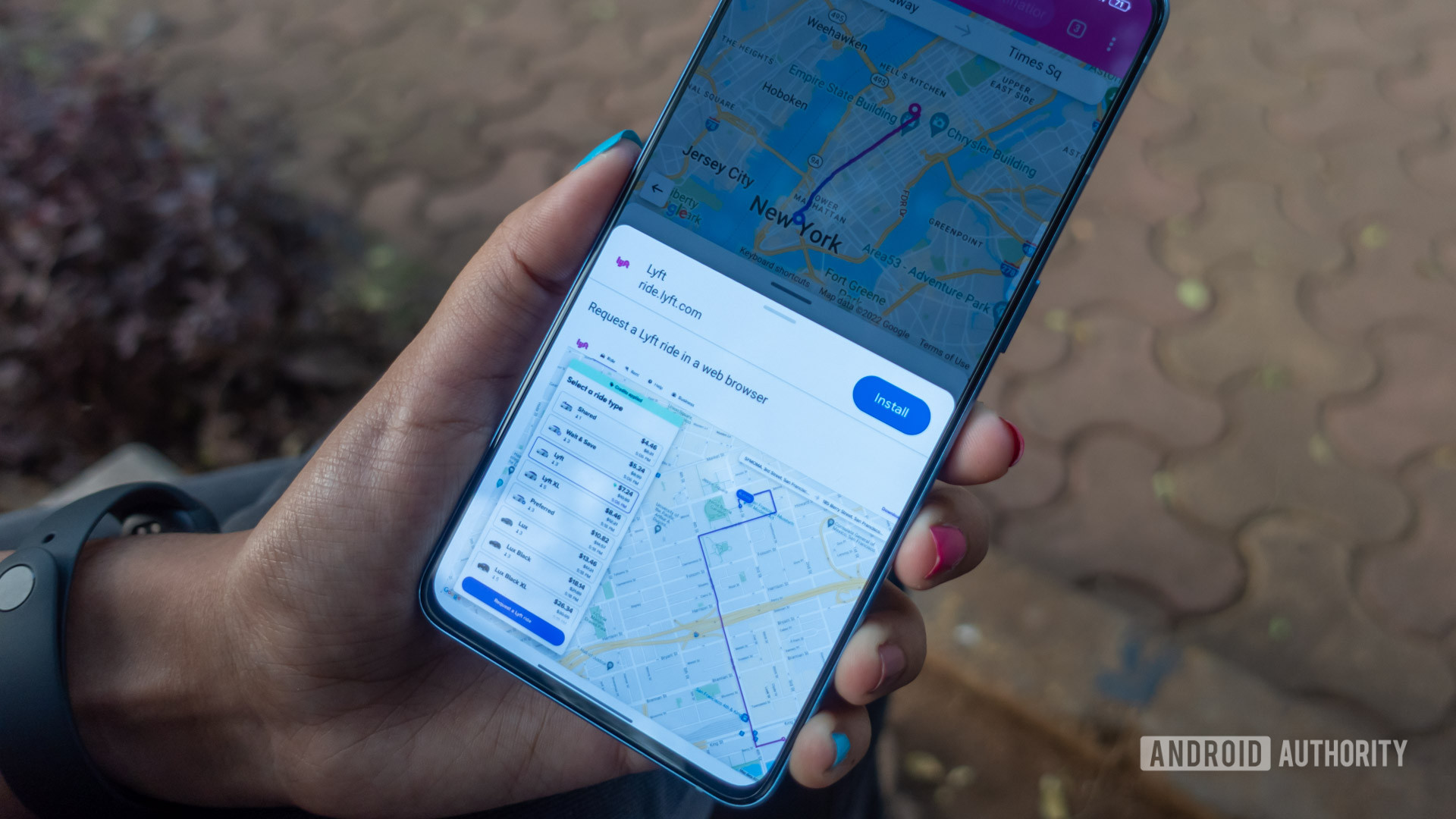 I Ditched My Least-Used Android Apps for Web Apps, and You Should Too

Almost every company wants you to download their app these days, even though you probably don’t need it. Take Uber and Starbucks, for example. I hail a cab and visit a cafe once in a blue moon – should these apps live on my device permanently? I suspect I’m not alone in this regard either. Many of us have apps that we rarely use but keep anyway, just in case.

But what if you don’t want to put up with one-time-use apps that drain your phone’s precious resources? It turns out that there is actually a viable alternative that many of us have turned a blind eye to: Progressive Web Apps.

Simply put, a Progressive Web App (PWA) is built using web technologies like HTML, CSS, and JavaScript. This means that you can access PWAs through most web browsers, including Google Chrome and Firefox.

Unlike a traditional website, however, you can actually install a PWA. This eliminates the annoying address bar at the top. Many modern web apps also include a splash screen, offline functionality, and support for push notifications. Take a look at the following screenshots, for example:

If I didn’t tag the images above, would you be able to tell the native app from the PWA? Probably not, unless you know what to look for. Modern web apps offer an experience arguably comparable to most full-fledged Android apps while taking up a fraction of your device’s resources.

Why use web apps instead of native apps?

You might be wondering why I’m so opposed to the idea of ​​installing native apps. After all, storage isn’t exactly a concern for most of us anymore – the days of 16GB and 32GB smartphones are long behind us.

However, storage is not the only limited resource on our smartphones. Many of us also have to deal with limited mobile data and poor battery life. And if you’re still using older hardware, it probably doesn’t have as much RAM or processing headroom anymore.

PWAs address all of these issues in one fell swoop. Web applications typically target the lowest common denominator of hardware, making them extremely capable and lightweight. Uber’s Android app, for example, took up over 250MB of storage on my phone. The PWA I’ve now replaced it with only takes up 250KB. Needless to say, that’s a huge difference.

Since web apps work within the confines of a browser, they have far fewer privileges than native apps. PWAs cannot access your device’s file system, contacts, or text messages. Access to hardware-level features such as camera and microphone input are also locked, requiring you to provide explicit permission.

Also, a web application cannot consume infinite resources in the background or spam you with push notifications by default. The former is particularly important for apps like Uber and Facebook, which have previously been accused of collecting geolocation data in the background. And while Android 13 is set to introduce a push notification permission dialog, app developers won’t have to comply with it until next year.

Low-end computers and laptops benefit the most from PWAs. Many budget Chromebooks still come with just 4GB of RAM, more than half of which is system reserved. I have found that disabling the Android subsystem on such devices can significantly improve responsiveness and overall user experience. Most of my frequently used apps, including Spotify, Telegram, and Slack, have PWAs that use very little memory.

In fact, Google also does this automatically. If you try to install Zoom from the Chrome OS Play Store, it will download a lightweight PWA instead of the Android app.

The idea of ​​getting app-like functionality on Android without a massive initial download isn’t exactly new.

In 2016, Google introduced Instant Apps – a way to temporarily access parts of an Android app without actually installing it. The feature works great even today, but you will rarely, if ever, use it. This is because instant apps can only be accessed through a web link or, in the case of app demos, through the Play Store. I didn’t come across a single implementation that offers to add itself to your home screen or launcher.

The vast majority of Android developers have also never added Instant Apps functionality to their apps. In fact, many early adopters like The New York Times’ Crossword and The Weather Channel seem to have disabled the feature altogether in recent updates, likely due to its limited usefulness and declining user adoption.

In contrast, PWAs are significantly more powerful, intuitive to use, and widely available. They’re also cross-platform, which means developers have a lot more incentive to support them long-term.

With the exception of a few non-compliant web browsers, PWAs provide the same user experience whether you’re using Windows, iOS, or Android. Historically, this level of consistency has been hard to achieve – just look to failing mobile operating systems like BlackBerry 10 and Windows Phone for proof.

How to Find and Install Web Apps on Your Device

While the adoption of PWAs has grown in the past two years, discoverability remains one of its biggest issues. There’s no centralized app store for the internet (although Appscope tries to come close), so you won’t know a particular website is a PWA until you at least visit it Once. Once you find one, just accept the prompt to add it to your home screen or tap Install the app in Chrome’s overflow menu (shown above).

Keep in mind that PWAs sometimes receive less priority and attention than their native counterparts. Twitter’s web app, for example, still doesn’t let you access Spaces, the platform’s new audio chat feature. (Editor’s note: It can count as a bonus, actually.) Instagram’s app also has similar benefits. That said, if you only need the basic features of these platforms, you’ll be more than happy with their respective PWAs.

Don’t get me wrong, though. PWAs can be incredibly powerful if developers are motivated enough. Take PhotoPea, for example. It’s an advanced image editor that manages to offer similar functionality to Gimp and Photoshop while running entirely in your browser. You can also launch and use it without an internet connection, which is handy if you’re another Chromebook user.

Installing a PWA only takes a few clicks and seconds.

I leave you with a quick list of PWAs that I have installed on my devices. Unfortunately, Android doesn’t allow web apps to play audio in the background, so some like Spotify can only be used on desktop platforms like Chrome OS.