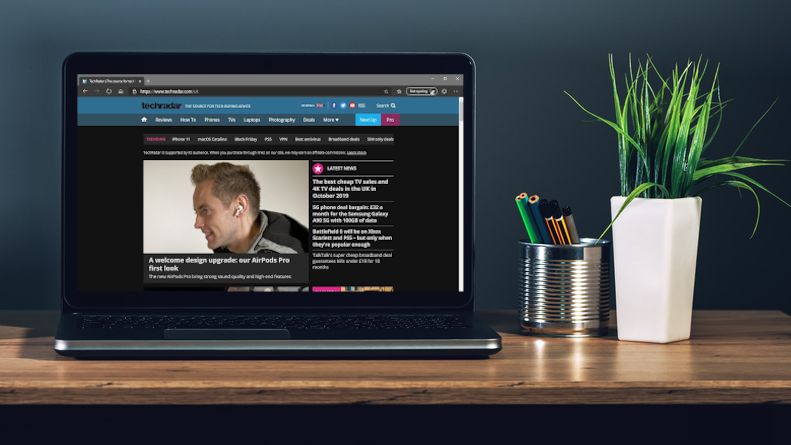 Microsoft Edge might be about to introduce a new feature that makes web apps smoother and more similar to standard Windows 10 apps, as well as adding some useful additional features.

This possibility has been reported by Techtsp (via Windows Central) and revolves around the title bar of Web Applications (PWAs, or Progressive Web Apps). In their current form, web apps still have a title bar at the top, effectively marking them as an Edge window, taking up space, looking rather clunky, and offering only basic window controls (like close, minimize, or maximize) while doing it.

The current plan, as described by Microsoft Edge Team Software Engineer Amanda Baker, is to remove that title bar, instead of having a customizable top bar that will make the web app look much more like an app. normal.

The Windows Control Overlay feature will facilitate this change, giving developers full access to the top bar, and the ability to customize it and add more features, like a search box or navigation controls, or a logo.

All of this should add some useful extra functionality, while making the web app not only simpler, but also ensuring that it performs better accessibility-wise. This is because without the actual title bar, there will be more screen real estate to display the actual app content when doing things like zooming in (which may be necessary for the visually impaired).

In a technical paper explaining the idea, Baker wrote: “Instead of leaving most of the title bar as blank space and including the application title in the standard browser font, a developer can fill this area with the content it usually places just below: a custom logo, a search field or navigation controls for example.

Microsoft developers have reportedly already obtained the basic code required to make all of this happen, and as Techtsp notes, the Windows Control Overlay feature is already present in chrome://flags. However, it will probably be months before we see this coming and being used by web developers (assuming the report is on the money).

As always, time will tell, but this could be an impressive step forward for web apps running through Microsoft Edge.

The Most Popular PWAs of 2021: An Introduction to Progressive Web Apps