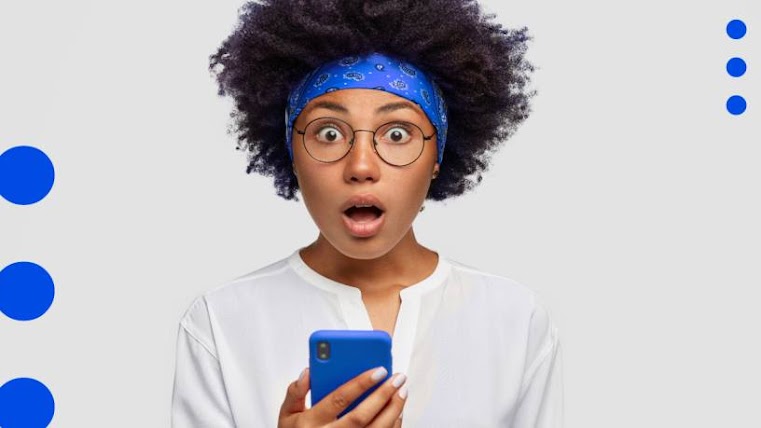 It’s been years since the start of the smartphone era. With it came the era of native apps, which many of us cannot do without. Applications have played and continue to play a major role in our daily life. From communicating with coworkers to checking out what your friends and family are up to, the possibilities are endless. And usually, if you think about it, there is an app for that.

Many business owners have repeatedly asked themselves: should we have an app? Of course, the only answer to that isâ€¦ it depends.

Creating and maintaining an application is cumbersome and often quite expensive. This is because if you’re not using cross-platform technologies like React-Native, Flutter, or something similar, you’ll need to build your app for each target platform. The annual licensing costs on the App Store are also a major deterrent. Fortunately, in the last few years, an alternative solution has been created. This option combines the joys of a native app with the technology we use on the web. This is called the Progressive Web Application (PWA).

What is a progressive web application?

â€œA progressive web app is an app built using web technologies we all know and love, such as HTML, CSS, and JavaScript, but with a feel and features that are, in most cases, as good as they are. ‘a real native application,’ says Norman. van der Mescht, a BBD executive who is currently working on implementing a continental solution based on PWA.

With a few smart additions, you can turn almost any website into a progressive web app to use app-like functionality. This means that you can build a PWA fairly quickly and cost effectively compared to a native app. In addition, â€œyou can offer many features of native apps, such as push notifications, client side storage, etc. The technology allows one-time creation and targeting both desktop and mobile as a browser or as an installable app on Windows, Android and Apple devices, provided the operating system and browser support the PWA functionality used.

Van der Mescht says: â€œWithout even realizing it, you are probably familiar with and have used progressive web applications. He explains that Facebook, for example, can be downloaded to the home screen of your smartphone or computer as a PWA if you visit the website and install it. By opening the web app, just like you would any other app, you’ll notice that you get most (if not all) of the functionality, or very similar to the native app. Many websites ask the user if they can turn on notifications or geographic information in order to provide personalized experiences. This is enabled using the PWA API.

What is the difference between native and web apps?

A 2020 study showed that, on average, a native app loses around one-fifth of its users at every stage between the user’s first contact with the app and when they start using the app. Van der Mescht confirms the steps by stating that â€œa user must first find the app in an app store, download it (which costs users data, which is often expensive for many countries), install it then (finally) open it â€. Only then does the user decide whether they like it or not. That’s a lot of stages where you could lose potential consumers. â€œWhen a user finds your progressive web app, they can immediately start using it, eliminating unnecessary download and installation steps. “

In a recent project, Van der Mescht’s team were challenged to create a single app that displays correctly on all KaiOS, Android 5+ and iOS 10+ devices, mobile browsers, computers desktop and smart phones (a phone with small GPUs, tiny memory, and little or no storage). This challenge had many variations that had to be taken into account. After a thorough investigation between the options, Van der Mescht’s team discovered that a PWA will work on all platforms and meet the necessary criteria – and be within the threshold of all devices. â€œOne of the main advantages of creating a PWA was that our client’s full native application was around 40MB, while the PWA was only 1MB.â€ This proved to be extremely useful, in particular if we take into account the limitations of low-end smartphones as well as the cost involved in accessing the application.

â€œPWAs are by no means a quick fix, but like most things in IT, it’s important to use the right tools for the job. A PWA gives you access to many software and hardware features available on a device, while a native app gives you the ability to access all of them. If your app requires fast native rendering features, like a game, this is where native apps take precedence.

A well-designed native or cross-platform mobile app consumes less data over time and is much faster due to certain resources (such as the basic UI structure and images) residing on the device, resulting in allows them not to have to recharge each time.

A PWA takes only the best features of a mobile app, which improves user retention and overall performance, without the complications of maintaining a mobile app. Although browsers have quickly adopted the technology for this, there are still some limitations. On iOS, all browsers (including Chrome, Firefox, Opera, etc.) are required to be based on Apple’s WebKit. This effectively makes the core of all browsers on iOS based on the capabilities of Safari. Since Apple doesn’t support everything yet, posting a PWA is a chore to get the same experience on mobile operating systems and browsers.

Benefits of a scalable web application

The main reason everyone chases apps is that they deliver more engagement in less time. Apps also provide a great experience that can serve a brand well.

But why should you lean towards a PWA, instead of becoming native? Here are some good reasons:

However, native apps are victorious in some situations.

When building native, you have access to components provided by the native operating system, which ensures platform consistency as well as native animations and commentary that you won’t get in a PWA. This means that you can create a much smoother native user interface, as it is developed according to the specific technical capabilities of the hardware. This means that the app can get the most out of the device. This creates a more pleasant user experience due to the harmonious combination of the interface with the smartphone. To achieve this, however, you need engineers who are familiar with native mobile languages â€‹â€‹(like Swift for iOS) so that they can develop the interface from scratch.

Take out the guesswork

A successful digital strategy harnesses the power of emerging and existing technologies to help you unify processes, embed positive growth, and get the most out of your business. It’s about optimizing technology in the way that works best for your business – and that’s exactly what BBD does best. Having been at the forefront of software development for over 36 years and with in-depth analysis, technical training and a deep understanding of your current and future needs and challenges, BBD is adept at creating the right strategy and solution for your business. business.

If PWAs are on your radar, or you think they should be, contact BBD today to build a world-class progressive web app.

Launching Telegram WebZ and WebK web apps: everything you need to know