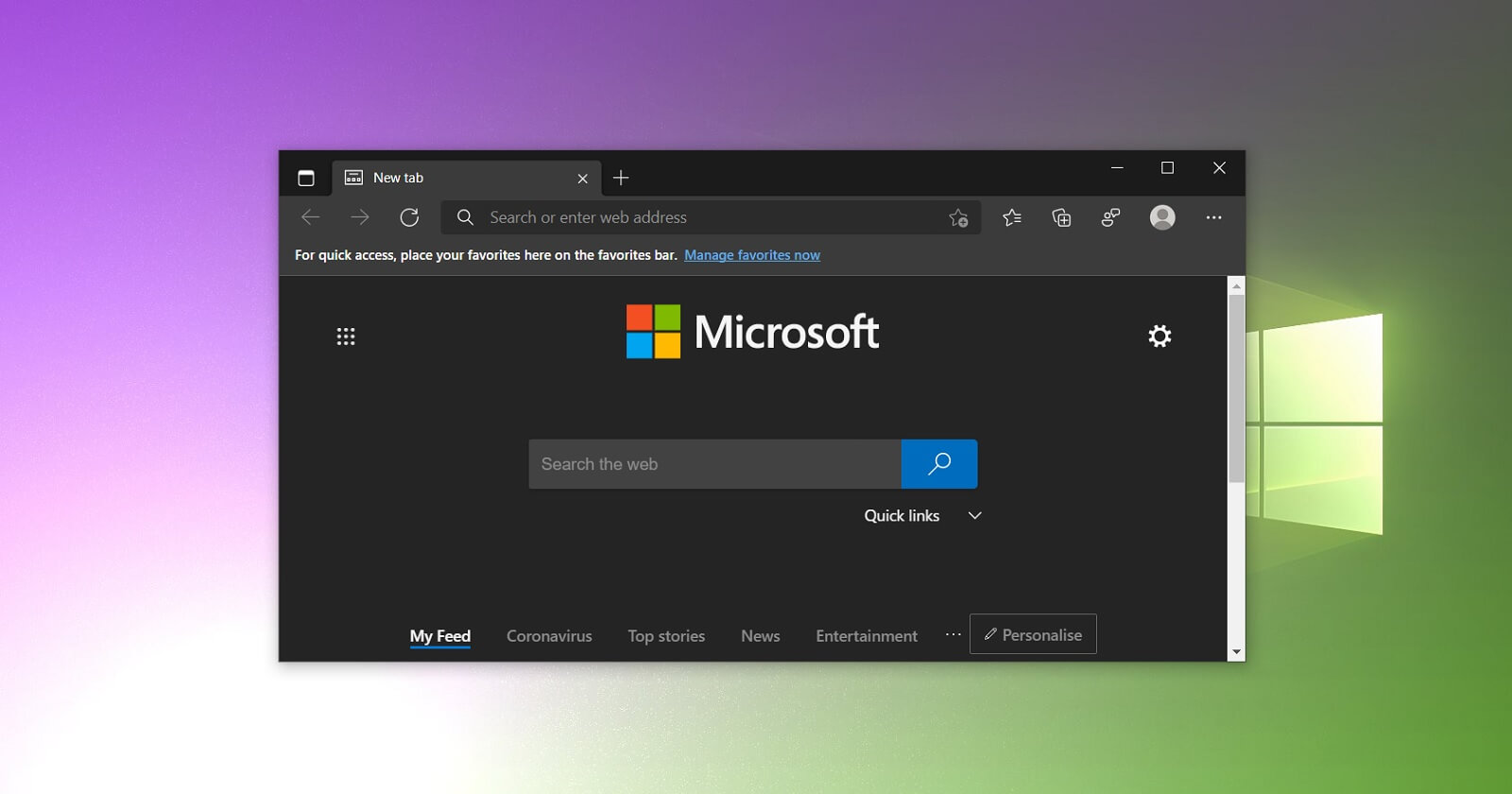 If you have Windows 10 October 2020 Update or newer installed, and whether or not you have the Edge browser icon in your taskbar, you may soon start to see a new window context that encourages you to try Edge-powered web apps.

“Go straight to top sites,” the pop-up notification reads, with Microsoft explaining that it will “pin your favorite sites to quickly open tabs right from the taskbar.” The feature is apparently based on Microsoft Edge’s taskbar pinning helper, which was introduced last year.

It should be noted that the pop-up will appear even when Microsoft Edge is the default browser and you have already pinned sites to the taskbar. The company does not target people who use Google Chrome and Firefox as their default browsers.

Microsoft initially started experimenting with alerts in 2020 and it appears to be rolling out to more devices, based on our own testing and reports received from users.

The purpose of the pop-up alert is to remind you of the Progressive Web Apps features of the new Chromium-based Edge.

If you click the “Try” button, the Microsoft Edge taskbar pinning wizard will appear on the desktop and ask you to pin these sites:

“When you launch these sites from the taskbar, they will open in Microsoft Edge,” Microsoft noted.

After you pin sites to the taskbar, Microsoft will show recommendations for its popular web apps, such as Bing and Office.

The next screen will persuade you to try “recommended browser settings” on Chrome and Firefox.

“Now let’s make sure your browser settings are the way you want. We recommend the latest Microsoft Edge for performance, privacy, and productivity,” Microsoft noted.

“Your current settings” is selected by default, but you can click “Microsoft recommended settings” and switch to Edge with Bing.

If you close the alert by clicking the “X” icon, the Windows 10 taskbar will not prompt you to use Edge web apps again.

The Most Popular PWAs of 2021: An Introduction to Progressive Web Apps